I enjoy science. Not all aspects, but I love to do experiments. As a kid, I was always nagging my science teachers to let us do more hands on learning. There was never enough for my liking. And they were never as fun as the variety of experiments there seem to be for kids to do today. As a homeschooling Mom, I’m always on the lookout for new, educational and fun science projects to do with my kiddos. I love seeing their eyes light up at a mini explosion they made or at the feel of a gooey slime etc. It’s just as enjoyable for me to do with them. Which is why I was really thrilled to come across a wonderful book called Kitchen Science Lab for Kids by Liz Lee Heinecke.

Along with the 55 super fun activities that are this book, it also includes detailed instructions and photos of children demonstrating them which enticed my children as they flicked through the book. There were lots of, ‘ooh I wanna do that!’ and ‘ooooh can we do this one!’ I had to promise we would get to them all eventually and to just pick the one they most wanted to do first. They chose the Soda Geyser Experiment. Naturally the experiment of choice involved an explosion! 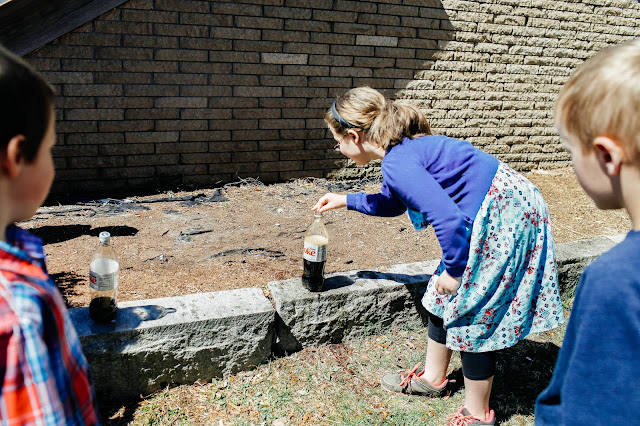 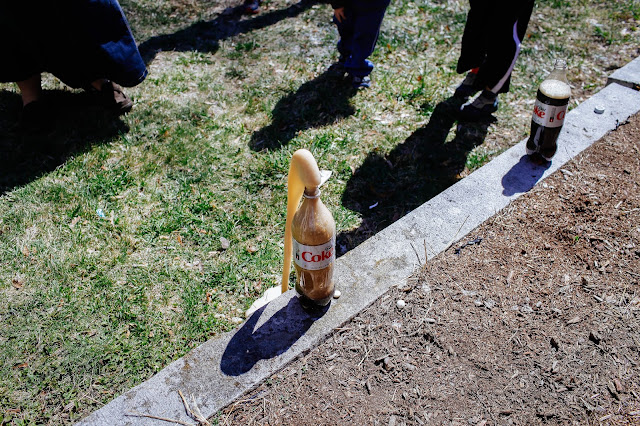 Fortunately it was a nice, sunny day also so we went outside to set up. We placed a bottle of diet coke on a low wall and my daughter dropped in a packet of Mentos mints. Now, the book suggests to insert a tube into the bottle’s spout and we did initially but I didn’t do a very good job due to not having any tape with me to make the tube hold together, so we made do without. And, while I’m sure the eruption was smaller than it would have been had we used the tube, it was still cool and acquired lots of oohs and aahs by the children who wanted to do it again and again. We actually found that trying to do it again in the same bottle didn’t work but luckily I had more soda.

I like that I could refer to the book for an explanation of the chemical cause behind the reaction (the carbon dioxide, combined with the Mentos causes a pressure build up in the bottle which results in it shooting out a jet stream of foam.)  It also contains suggestions and questions for further exploration of the activities.

One fun experiment we did at home was the Zooming Fish experiment (fun name!) My children made little fishies out of thin cardboard, cut a small slit in the tail and placed them in a tray of plain water. Next, they added just a drop of dish soap onto the tail and observed as the fish ‘swam’ away. They were intrigued and enjoyed 'racing' their fish, "It actually works!" The kids and I discussed the scientific explanation for this as in the book; the dish soap weakens the molecular bond on the surface of the water. The fish move as a result of the surface tension forces in the soap-free water. They thought it was cool that water had a skin and were gently touching  the surface to see if they could 'feel' it. 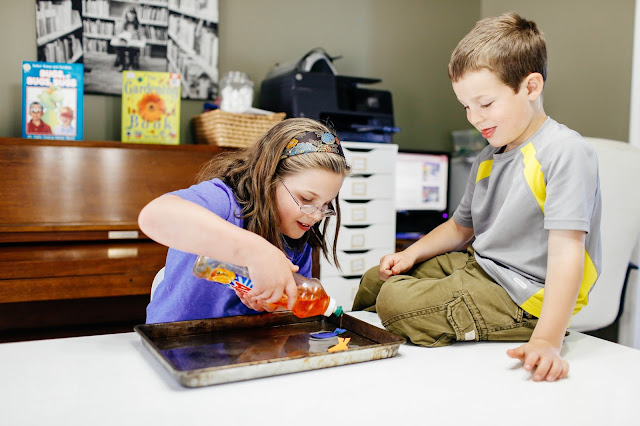 We actually did a few more simple experiments that same day due to the kid’s enthusiasm with this book (see pics below). It’s kept us busy and learning new things. What’s also neat is the appeal to all ages so we can come back and do the experiments again as they get older. 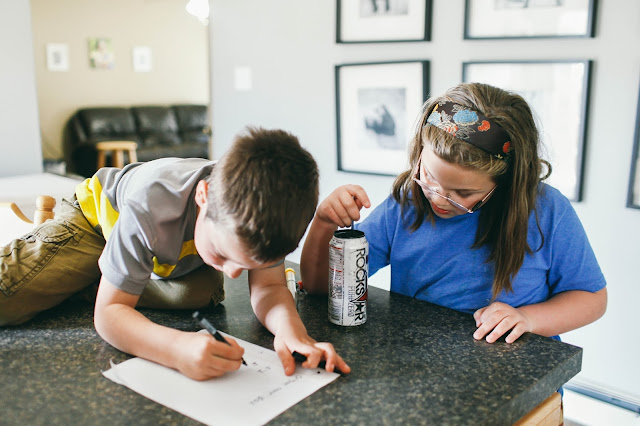 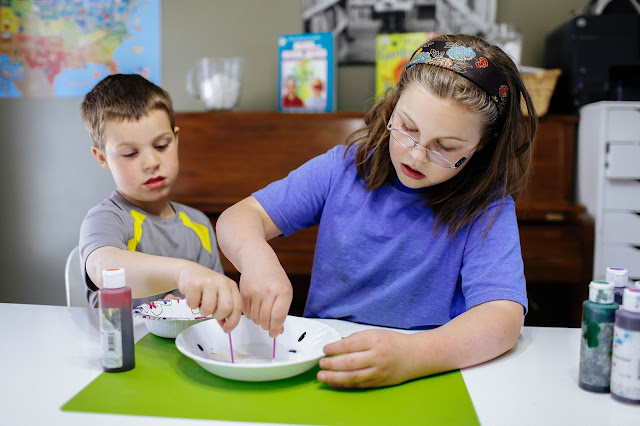 Thank you, Liz for letting me have a copy of this book for review. All thoughts and opinions are my own.
Posted by Kelly Polizzi at 7:59 PM