We have a new couch! Yay! We found a really nice one, comfy and just what we (I) wanted which was actually on clearance. So yesterday was the day to go looking! 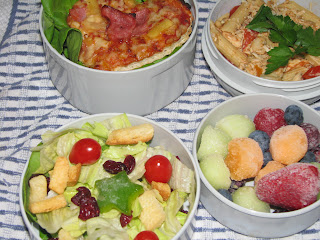 I did have a bunch of things to do today but, being so tired from not enough sleep lately, i just couldn't go out. Except to take Stephen his lunch because we won't see him later, he has school. I made some penne pasta primavera type thing with leftover chicken, white beans, roasted cherry tomatoes and red onions in a garlicky sauce. But I think the seasoning I used to substitute what I meant to use may have actually made it taste terrible. We'll see if it comes back! Also, I put in some leftover pizza (heart-shaped of course!), salad and some frozen fruities. 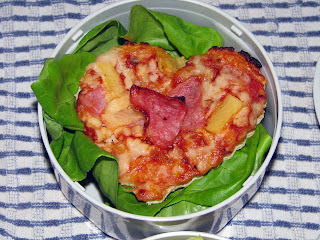